It’s Past That Time of Year Again! 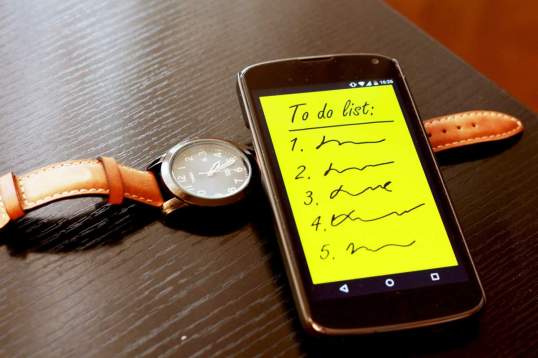 Just looking at this image makes me wince! Subtract one or the other item, and it’s all okay – energizing, even. Too many project deadlines in my past, I guess, with the vast majority being arbitrary.

This year, March 5-7 was National Procrastination Week! Naturally, right about now is the proper time for actual observance, in the spirit under which it was founded: humor. Take a human weakness, and celebrate it as if it were a good thing. If you have to force it to mean something, National Procrastination Week is really not a time for putting off essentials, but about setting aside the busywork that doesn’t count for much in the end, and reminding ourselves what’s really of value, and paying attention to that. I don’t know about you, but I tend to be captivated by the inconsequential…like National Procrastination Week. Its reminder to me is to take a little time to reflect upon what kinds of things I tend to put off, and why I choose those things. Plus, it also tends to evoke thoughts about priorities and time management. Things are set aside for a reason, not because they are crowded out by unreasoned chaos.

But there is unhappy news to report this year as well. In the past, the observance been criticized by humor-challenged control freaks who rarely pick up on either sarcasm or wit, and who assume that people are actually being encouraged to procrastinate. Seriously. But that’s to be expected by the few who just don’t get such things, and that’s okay. You just kind of ignore the solemn lectures while you try to come up with your epic example of procrastination.

What I did not expect to find is that a branch/tentacle of the Politically Correct thought police would take up the cudgel to propagandize against National Procrastination Week, with that mix of moral righteousness and earnest condescension currently peculiar to that movement. If justice is blind, humor is apparently hanging onto its shirttails, because now we get people sincerely pleading that because procrastination is not a productive trait, that such folding of ironic humor into a purported celebration does harm and could turn you into a procrastination addict in as little as a week! Shades of Reefer Madness! Thus, this make-believe holiday celebration should be purged from human consciousness and be replaced by right thinking and efficient busyness. Seriously. Such a sincere drive toward making everyone march together in mental lockstep makes me wonder what they will do when they eventually work their way toward “International Talk Like a Pirate Day” in September, matey.

Think I’m kidding? Pouring on another ladle of humor, perhaps? Nope. Googling “National Procrastination Week 2017” produced more hits  of “Fight Procrastination Day”. Wikipedia surmised, “There is a significant amount of opposition to and disagreement with the holiday. Mostly, those against the holiday state that the week promotes negative and self-destructive behavior. One article expressed ‘we could even add a week for problem drinkers as well. In fact, I’m sure we could find something for at least one week a month to celebrate all the flavors of our self-regulation failure’. Many claim that even in a week, procrastination can develop into a difficult-to-change habit. The opposition claims that through procrastination, one harms all aspects of their lives, at work, at home, and in health.” The article cited was written by Timothy A. Pychyl, Ph. D., and was published on the Psychology Today website, if not in the paper rag. In it, he laments, “It’s impossible to do meaningful research or even discuss concepts in a meaningful way if we don’t define our terms carefully and consistently. That’s the problem with National Procrastination Week. It means everything and nothing.” Exactly, bro! He gets the humor, but disdains the faux-holiday because it does not differentiate judicious delay from procrastination as the target of its humor. This potential confusion for those of lesser intellect than his own offends him, as it potentially celebrates fault or failure by its lack of clinical specificity. So, in the spirit of these times when everyone makes it a point to express how offensive other people’s thoughts are to them, I am offended at his taking offense at a fake holiday that is designed to offend our more straight-laced sensibilities by the careful use of absurdity (which is the very basis of humor). I think I have that down right. Bottom line, I think that the “significant amount of opposition to and disagreement with the holiday” that Wikipedia cites is actually just our penchant for doing or saying anything just to get attention, especially on the Internet. There are controversy addicts and attention freaks, many of them pumping their overexcited and overstated verbage on LinkedIn. After all, their petty petulance might go VIRAL!!!

While I’m being Politically Correct in a “right back atcha” form, I’ll also suggest that the term “our self-regulation failure” is shaming behavior on the part of the good doctor, which accusation seems to be all the rage recently, so I’m hopping on that wagon. I think I can do that here. After all, when one of the main organizers of the women’s march on Washington during the Presidential Inaugural suggested that mothers leave their children at home in the interests of safety and practicality, she immediately received flak from another woman accusing her of “shaming behavior” which demoted women with children as second-class citizens who really should hide their children away. As it turned out, the original suggestion was very good advice, but it seems that the desire for P.C. censorship has progressed from book burning to mind burning. We may do poorly with controlling our own thoughts and ways of expression, but we’re still eager to control those of others, and in a judgemental way. Using shaming, actually. Every now and then, it resembles a highly public pissin’ match to see who can be the most Politically Correct.

At the moment, the worst epithet from the Politically Correct mainstream that you can earn these days seems to be “anti-science”, which blogger Chris Guillebeau expressed as a euphemism for something else, most likely relating to spirituality. Such individuals don’t want to accuse someone of being “religious” because that sounds a bit too bigoted and intolerant at this point in time, when the first half of the problem is that the spiritual beliefs of the accused appear to stray too far from the Church of Darwin’s Doctrine of Evolution. Whether it is a sincere personal faith, a political country club point of entry, or a lockstep march under some institutional church banner, such illogical pagan considerations are fine if you keep it to yourself and tow the line, but not if it might possibly affect public policy in a way contrary to the will of the Politically Correct. That’s the important half of the problem, since conformity of thought affects conformity of action. So, should you blaspheme with mutterings about, say, Intelligent Design or the value of human life in your worldview, you’re not a “religious person” – you’re an “anti-science” counterrevolutionary. “It’s all about our respect for tolerance and diversity, Komrade, but your thoughts are reactionary and unacceptable to the Bureau. They will receive no consideration here. Perhaps some time in a…reeducation center might help you, yes?”

National Procrastination Week has inspired a weak effort to countermand its potential for damage, however. Some beneficent go-getters who apparently struggle with the evils of procrastination (or just enjoy telling others what to do) have come up with September 6th as “Fight Procrastination Day”, a day when all the goal-oriented workaholics can warm up their Daytimers and be super-efficient at the desks they boastfully left bare the day before, because the end of their workday did not represent an interruption in any train of thought or intricate process requiring re-familiarization or multiple references. You want examples for Fight Procrastination Day PR, another faux holiday with even less provenance than National Procrastination Week? Here, here, here. As for me, I feel that there is a creative sensibility that comes to life when procrastinating. After all, one of Murphy’s most applicable Laws here is “Hindsight is an exact science.” Speak Truth to Power, my friends. Creative procrastination tends to give one finer insights into what really should have been accomplished yesterday, and reveal what was of little consequence. As Don Marquis opined, “Procrastination is the art of keeping up with yesterday.”

However, less tongue in cheek, Hilary Mantel said, “Imagination only comes when you privilege the subconscious, when you make delay and procrastination work for you.” In my former product design career, I have found that careful procrastination allowed my mind to “soak” through a nasty list of product requirements and ofttimes floated up a concept or two worth actively pursuing, where ardent diligence and logic produced only predictable approaches that made sense and were quickly trapped in the web of requirements. It was not intuition. It was giving the mind time to sort through the confusing mish-mosh on its own. There’s a big difference between brainstorming for ideas, and sensing which few of those have the potential to be successfully horsewhipped to the finish line. These days, in writing for this blog, a lot will come to mind. The good blogger will end the effort somewhere shortly after the 15-minute mark or 400 words. Me, I just sit there and puke it all out. Then I read through it and it brings to mind something else, so I cough that up. Doing this repeatedly for the equivalent of considerably more than a full workday gets quite a tome going. So when I go through it again the next morning, I’ve been able to step back and take it in more objectively. But that either brings more to mind to round it out, or makes it apparent that some research or clarification is needed. So, I do that. Rinse and repeat. That’s no way to make a living, but it does tend to result in an article that I feel stands steadily enough for me to walk away from. As Freema Agyeman says, “I swing between procrastination and being really thorough, so either way, things aren’t getting done quickly.” Punch the Publish button too soon, and I’ll suffer a couple of days of “dang, didn’t think of that” or “ow, this picture would have explained it a lot more clearly,” or “wow, that was kind of a confusing way to word it”. But when I let a post soak, I find that I’m a lot happier with it as a best effort when I finally cave in and hit that button. And if it’s not a best effort, why bother, really? It may or may not actually be any good, mind you, or of interest, but it does need to be a snapshot of a best effort in some way, and in my world, that requires both time and procrastination.
So here’s to National Procrastination Week, to the avoidance that procrastination often represents, and to the blessings it sometimes bestows. Either way, a little humor mixed in with it can keep one from turning it into a toxin, or a whip with short enough cords to whip oneself with. After all, they don’t call it a “rat race” for nothing.

2 thoughts on “It’s Past That Time of Year Again!”