And Then There’s This… 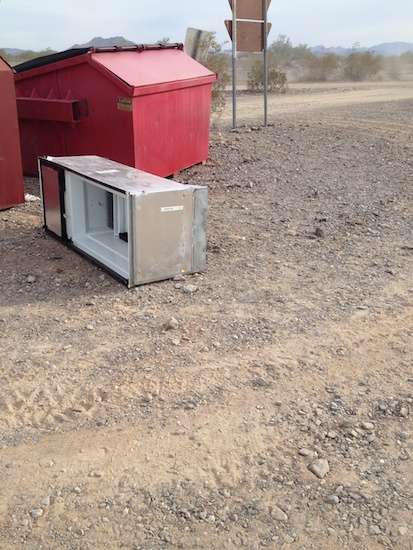 Been there awhile, too.

I try to enjoy what’s out here, because a positive outlook is, well, a positive in dealing with the day. Not every moment can be like that. At some dumpsters along the west end of the Tyson Wash LTVA, a fridge/freezer carcass from a motorhome or high-end fifth wheel has been on the ground for weeks. This is the second time I’ve seen discarded fridges in as many years, and it’s always a disappointment, as well as confusing to me. I mean, do these people assume that the BLM’s disposal contractor is under any obligation or is equipped to do anything more than lift bins and empty them? Maybe the driver will get out and heft the fridge inside a bin so that the two mechanized arms will be able to pick it up? Maybe the money-saving handyman who dropped it out of his RV wanted to think he was almost doing the proper thing, and that it would go away by itself because the BLM wouldn’t let it just sit there? Cheap ass.

These guys, and those who put motor oil, coolant, and brake fluid in the LTVA dumpsters force the BLM to get stuck with penalties. (One campground owner was sweating pickups every month because anything considered to be construction items – plywood, 2x4s, piping – found in her camp dumpsters meant a $300 penalty per dumpster, period.) That kind of thing directly affects LTVA permit fees because, aside from running a road grader up and down trails one or twice a year, garbage disposal the only annual local expense.

But saving a buck at others’ expense is not new or reserved for dumpsters. I was recently picking up a package at one of two shipping businesses in town. Quartzsite has no street mail delivery, so you either pick things up at the Post Office, or address shipments to a shipping center address. This one generally charged $1 per package, and the other charges a flat $5 per. I was making fun of her low fees as if they were outrageous, and she told me some guy driving a toad (car usually towed behind a motorhome) tried to intercept her UPS driver before he could get in the door, in order to avoid the $1 fee for his package. Naturally, the UPS driver refused. That RVer wins the award, as far as I’m concerned! 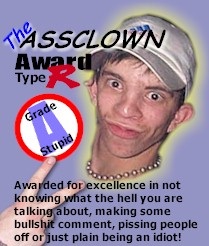