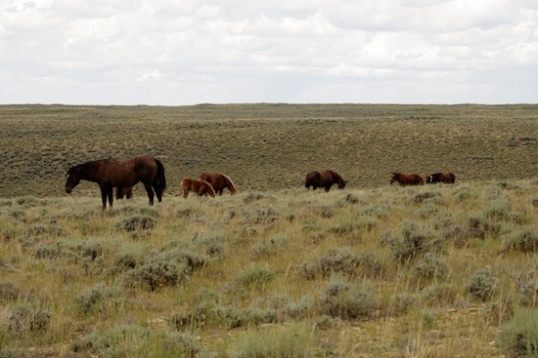 This group of horses was just yards from the roadway.

My bike ride today netted me a lot of shots of some of the horses that are often found along Wild Horse Canyon Road in Green River, Wyoming. Since I don’t know when I’ll be posting next, I thought I’d simply throw up some of the snaps for those of you who especially like horses. None are great, but they do show what I saw just a couple of miles from camp. 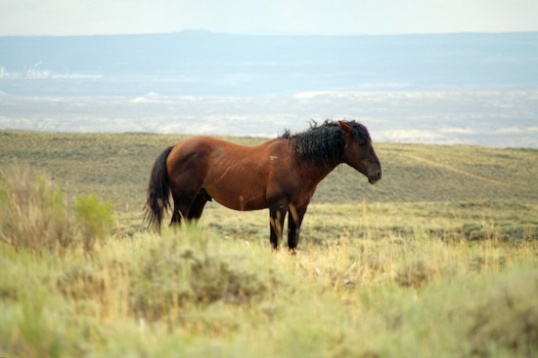 This stallion was the gatekeeper, and with his ears back for a moment, looks a bit worn. 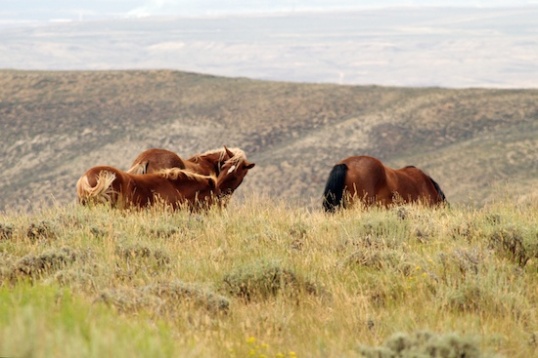 The colt stayed close to Mama, who occasionally steered it this way or that. 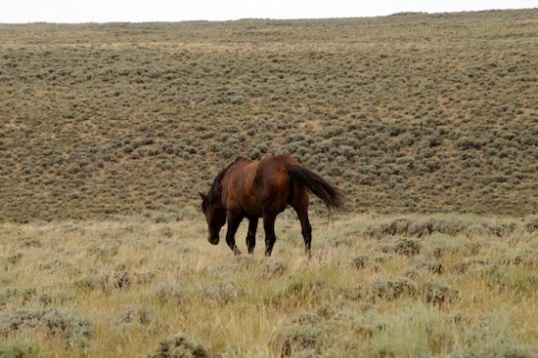 I got off the bike early to avoid spooking any of the group, and after the Gatekeeper got bored with me, this is the result. 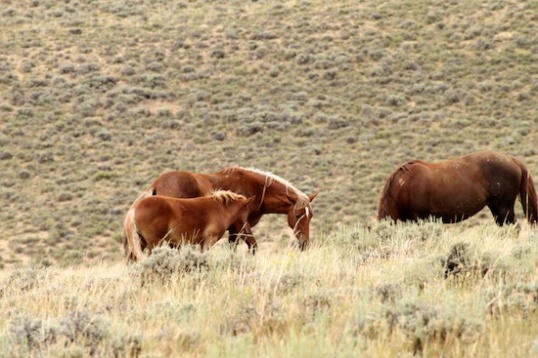 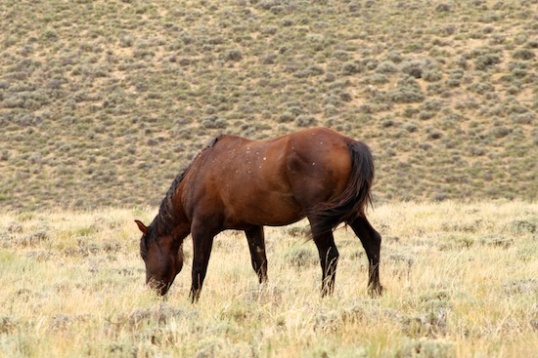 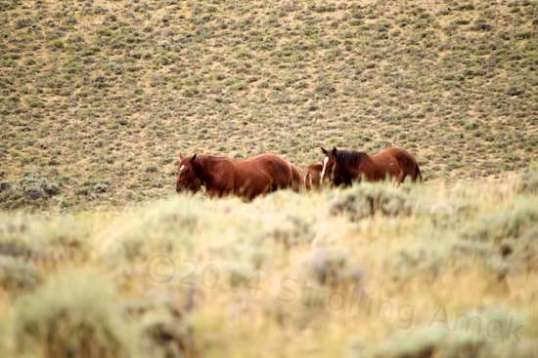 Another group that stayed close by but never mixed in. 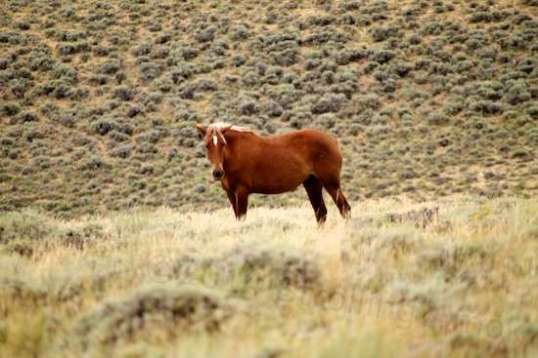 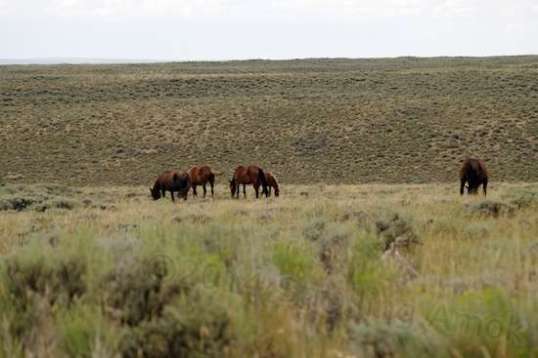 A last shot of some of the group.

On the way back I couldn’t resist this train winding around a bend. Makes perfect sense in this post, right? 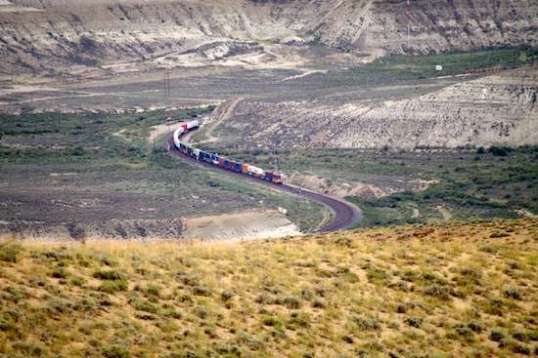 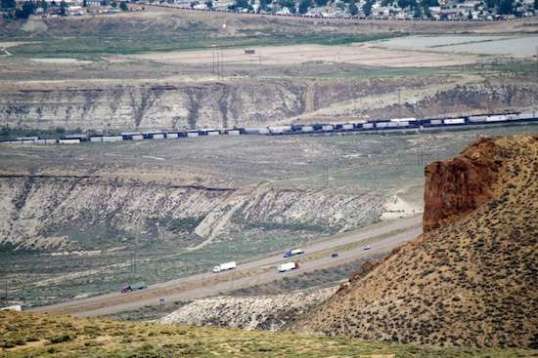 And of course the same train and traffic along I-80.

I had to pack this post in, since after I’d worked on it awhile, a scoutmaster who had earlier taken some boy scouts (they still have those in Wyoming) stopped by to point out some storms approaching, and advised me to consider tying the panels down flat, and perhaps moving the rig away from the edge. When I pointed out that the Defiant has absolutely no cross-country capability, he started to mention Pilot Bluff, and then thought better of it because of the later potential for mud and a one-way trip. He kept mentioning how the rise I was on magnified the wind, sometimes up to a sustained 100 MPH. I thought that was pretty interesting. And before he left, he asked me about the Evelo Aurora perched back on the front of the Ford, since he had a couple of electric scooters. Asked about the BOB Ibex trailer, too.

So I looked at the approaching storms, and went inside to look once more at the weather forecast. Now there was a wind advisory, with lightning storms. With predicted 35 MPH gusts, what would that be up here? Well, the utter lack of potential campsites further along and away from the ridge gave me two choices. Pack up and head for an RV park in town, or stow the panels and stay put. I could leave them tight against the side of the trailer, but there’s nothing to keep the hardware on their lower ends from punishing the trailer’s siding. I noted the wind direction as southwest, which would hit the trailer diagonally on the driver’s side from the front, and decided to stay put. At least I wouldn’t be taking a dive over the edge, since that’s basically where the wind would be coming from.

The good news is that, so far, it’s all blown over now, and having the panels stowed cuts that much more off my prep time tomorrow morning in leaving for Bonneville. I may need that extra time, as the events there look like they may start Sunday instead of Saturday, but I have no idea how overpacked the one little site I know of will be. I may need to take a tour of the road much further on, and do some serious hunting.