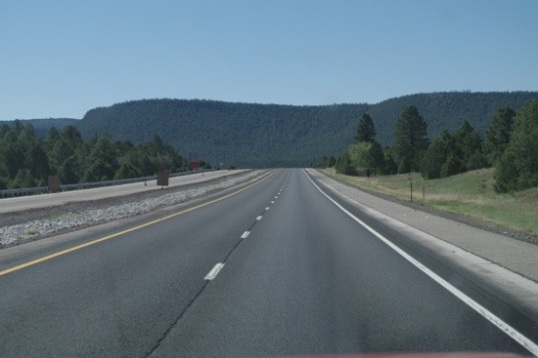 Today’s theme is Changing Landscapes, I guess. The Gawk Factor remained high as New Mexico offered its own variations long before getting into Colorado. High desert, high forest, mountains, and sweeping, grass-covered valleys that resembled forty-mile dinnerplates. I would say prime land for cattle, which were there behind fences. But then I started to imagine the same ranchers reintroducing buffalo grass and raising buffalo. No need to load them with antibiotics, or assist births, or watch them freeze in the winter. Just turn them loose, and keep count. As they say, anything is possible if you don’t know what you’re talking about. 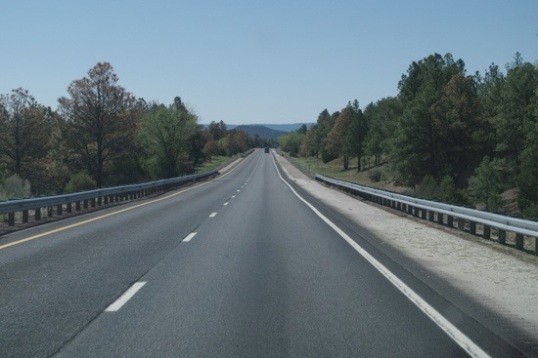 I’ll simply parade the photos, which will show in order some of the things I was gawking at. One of the shots has a pair of

Dodge Vipers that passed me on I-25. Then later, they passed me again with a wannabe in tow, some guy in an older orange Mustang with a broad racing stripe that didn’t even sound like a V8. The exhaust hissed as it passed the Furd, its engine at high RPM and straining to keep up at about 80, looked like. Keep dreamin’, Chet! 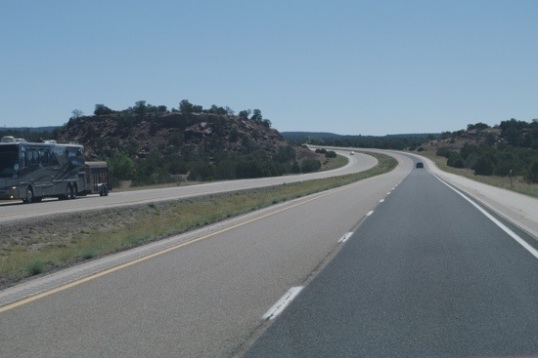 I stopped in the outskirts of Walsenburg, Colorado at a truck stop named the Apache Travel Center. Not a lot here. There’s a Best Western motel next door that’s supposed to have a WiFi signal, but I got close and no soap. There are two open signals that are too weak to see consistently, let alone use. I broke out my Hawking WiFi extender to try to locate and amplify something usable, but it saw nothing worthy of the Defiant’s privilege. Oh well. Tomorrow’s stop won’t be a truck stop, rest area, or Walmart. Stay tuned. 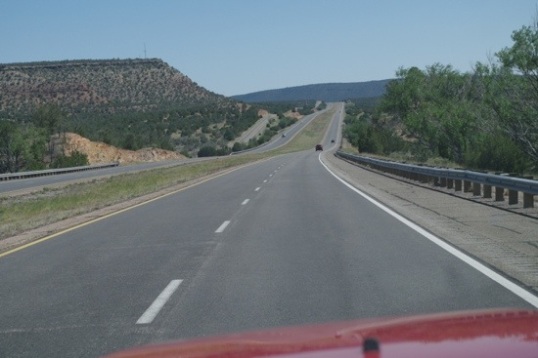 By the way, the new Cooper S/T Maxx off-road tires are in fact pretty bad for towing the TT, even at my maximum of 60. The tread is so thick it squirms, and the effect when mixed with a sidewind will keep you awake behind the wheel. Wants to suck right into a passing semi as the pressure wave from it travels up the Innbruck’s length from back to front. Between twisting descents at high speed and blustery winds appearing over elevated roadway, it occasionally felt so determined to swap ends that a reduction to 55 was a help in keeping it manageable. It’s not a traditional oscillating trailer sway so much as a magnifying of inertia and wind forces that the new tires are not resisting very well. It should get better when half the tread is gone, and maybe when I move the office battery pack rearward inside the trailer. Maybe. Too bad, because they’re so spectacularly good off paved roads. 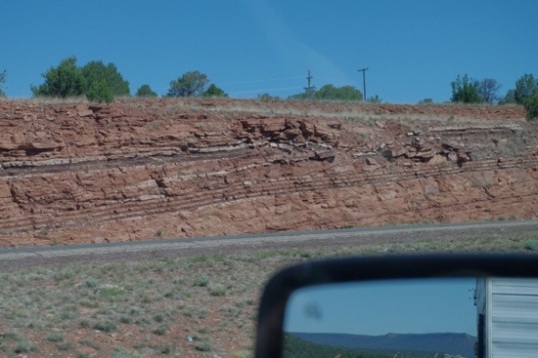 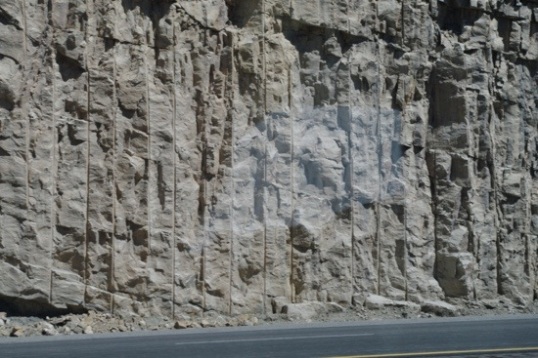 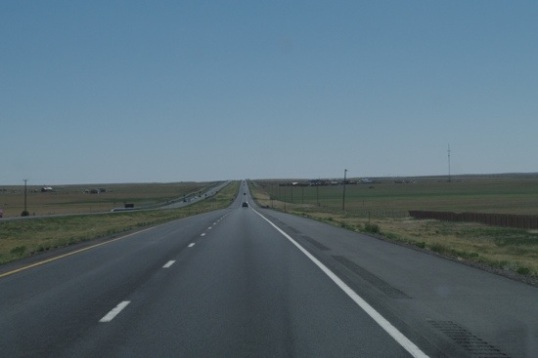 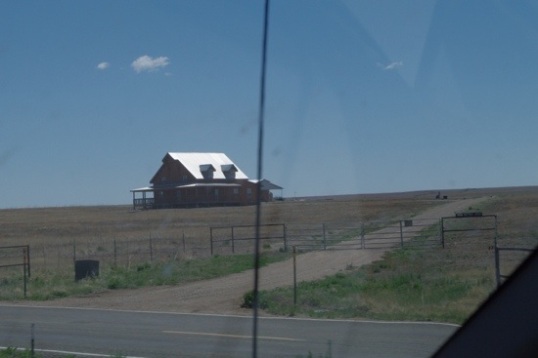 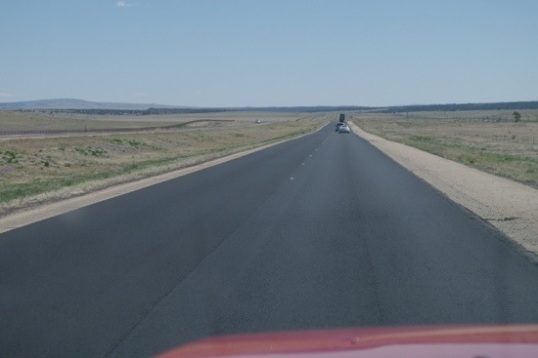 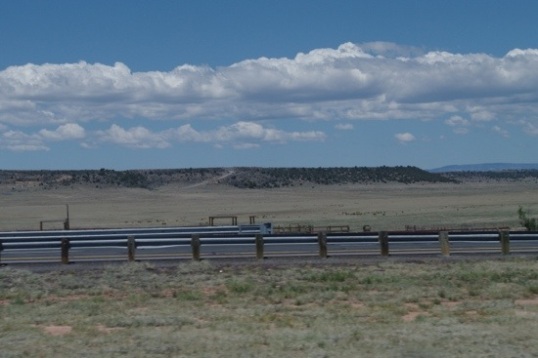 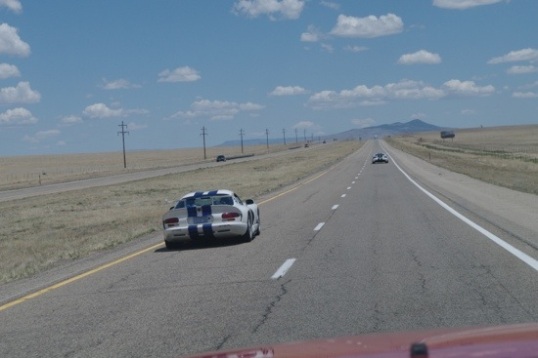 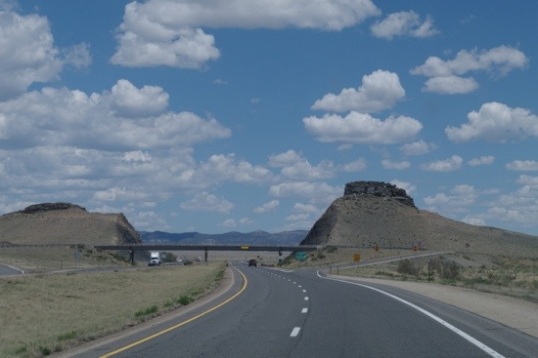 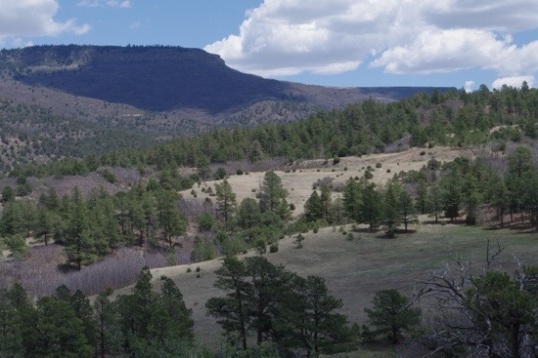 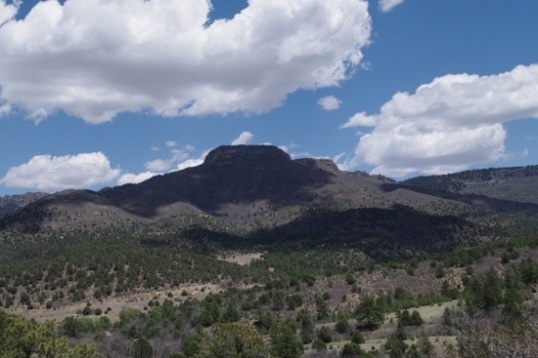 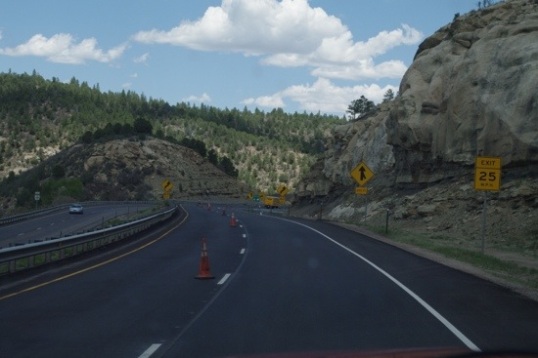 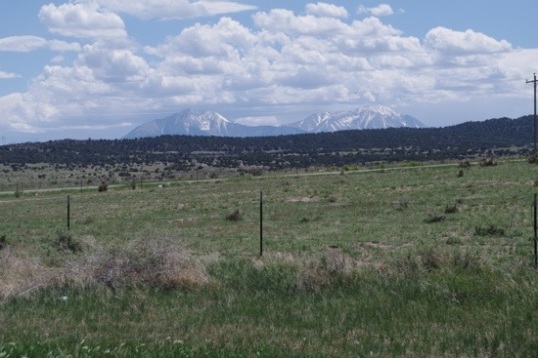 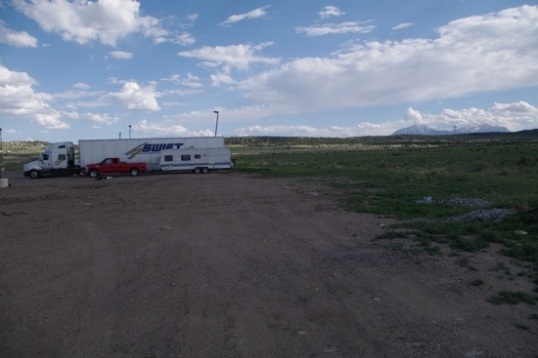