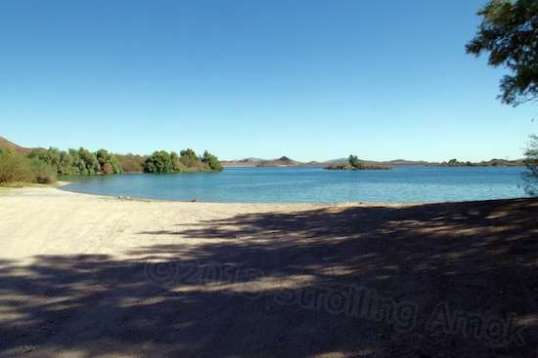 Would you prefer sun or shade for your beach camping, Miss? Or perhaps a little of both?

There’s a whole lot more to the Senator Wash Recreation Area than I first supposed. I initially tied nearby Squaw Lake and the south shore of Senator Wash Reservoir together as a couple of two-week-per-month options when using a $75 annual Recreational Fee Area Pass. But wait – there’s more! 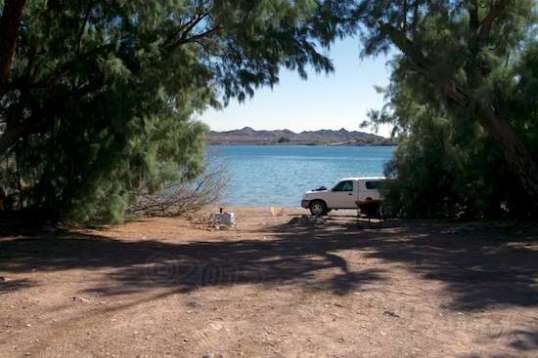 Life can be cruel. Or sometimes, not so much. Idyllic camping, in my worldview.

The north shore of Senator Wash Reservoir is also a Recreation Fee Area that’s included in the same pass. As far as I can see, this little group of dispersed lakeside campsites is the best-kept boondocking secret on the Web. A quick tour through it in February yielded a ton of toes-in-the-water campsites, very few of which were occupied. Policy-wise, this is a van dweller’s paradise, since the area is also liberally peppered with restrooms. 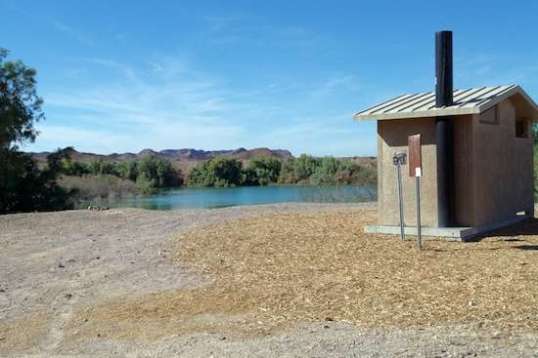 These restrooms are liberally distributed, and not just in the easy areas.

Just as the Imperial Dam LTVA near Yuma puts Quartzsite’s La Posa LTVA to shame, this entire North Shore Recreation Fee Area puts ‘em both in the stinky hamper. The only reason I can think of that keeps usage down is that all of the shoreline campsites are au naturale. This means that most are not level to some degree, so you’d want to pack your wood blocks or whatever. If you’re not strapped to a propane refrigerator, you won’t particularly care. 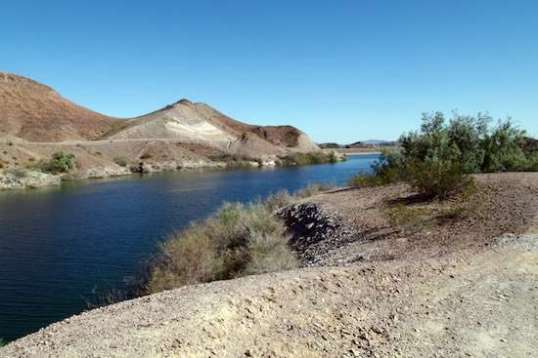 It doesn’t all have to be the same old view.

This also means that each likely spot looks just as it might have when the reservoir was first created in 1964-1966. No one has “civilized” them with silly little rock-lined pseudo-paths or other defacements that ruin the ambiance of nature’s rustic beauty. The BLM has installed a BBQ pit here and there, and you might find a small ring of rocks for a campfire in some.

This father and son pair stuffed their SUV tightly into the woods and are fishing. They claimed the reservoir is a good place for it.

The overall effect is that, on a tour through, you will find yourself stopping at one potential site after the other to gawk open-mouthed at the individual view, trying hard to accept that each:

Despite the construction date, this place has the aura of 1940’s camping. Vehicle trails wander where they will, and your ability to traverse them is not assured. Even the main approach road can be a bit intimidating after a steady diet of carefully manicured park entrances. It’s not rough, so much as steep. As you dive smartly down to lake level, you automatically ask yourself if this road’s gravel will provide the traction to pull 7,000 pounds of deadweight back up it. Okay, maybe you wouldn’t wonder that, but I did. Although I saw a vintage 24’-26’ TT encamped nicely just a few feet from water’s edge, that was by far the largest rig there. Most rigs were tent, van conversions and small motorhome-based. The nature of the campsites varies from shaded, low-branched little hidey-holes to expansive, sun-baked sandy turnarounds. The views of the lake that they present vary from an intimate peephole of lake and high cliff beyond, to glorious broad vistas of sun-speckled water. You pick your favorite, park, and set up. 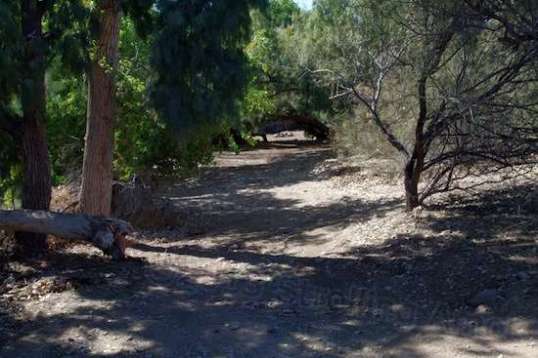 This path leads to a small clearing right beside the water. That’s a fire ring in the distance.

Would I stay here? If the Defiant were better able to adapt to two-week moves, yes. Mind you, I’d go to the considerable trouble of unhitching topside before diving down to scout for a likely spot and how to approach it. This is not an area that welcomes a blind tour with fifty-three feet of articulated tin. Motorhomes towing cars need not apply (because they cannot back up) – at least not without separating or taking a very careful toad tour first, looking for loops in the trail. A few areas presented a challenge just to the long-wheelbase Ford alone. Since this is water-level, there are a lot of bushes and trees to enforce each path’s limitations on both width and height. These aren’t your typical fluffy Midwest plants, either. They are unyielding bushes with paint-scraping thorns, and even the unarmed ones are easily tough enough to tear off whatever isn’t stoutly secured. A large rig like the Defiant can go down there – you just have to pick your battles first. The driver of a small van-based motorhome or hard-sided truck camper need only stay awake and thoughtful in wending through. A pop-up truck camper, van or car has the run of the place. Neither high clearance nor 4WD are needed unless you decide to do something risky that might involve deep sand, slope, and/or water. This area is very usable, but not stupid-proof. 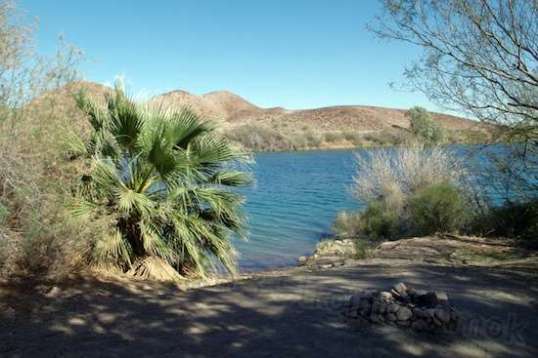 I scraped some paint getting to this one, but I remember the campsite more than I do the lost paint.

And by the way, asking several different BLM volunteer hosts produced the same answers to my queries. After your two-week stay here, you must either move 25 miles away (not a problem in this Yuma area), or move to the adjacent Imperial Dam LTVA for two weeks (on a two-week or annual pass) before returning. Potable water, dump stations and dumpsters at Imperial and other LTVAs are covered by both types of passes. As a practical matter, you might get away with camping unnoticed at the local and unused 14-day sites that I pointed out in previous posts, but where you alternate to is up to you. I’m describing what’s legal, and widespread abuse tends to tighten usage restrictions for everyone. You can continue to alternate back and forth from wherever until your rig’s wheels fall off, though summer here is not normally something that a sane person would reach for, and the LTVA costs for the summer season go way up anyhow. You should be somewhere else entirely. 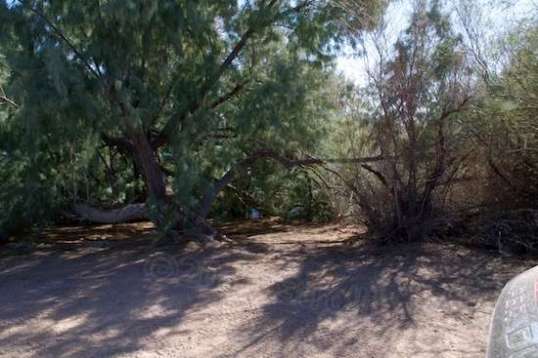 This would make a nice spot to tuck in a tent. Getting out of direct sun makes a huge difference in warmer weather down here.

If you don’t mind moving periodically and can brave the fuel costs or LTVA pass costs associated with that, this Recreation Fee Annual Pass looks to be the best $75 you can possibly spend. Should you either own leveling blocks or just don’t care about such things, the North Shore of the Senator Wash Reservoir is the place to try on your next voyage down. It’s basically that cabin on the lake that you always wanted, or that tent camp fishing trip that has always had such appeal. 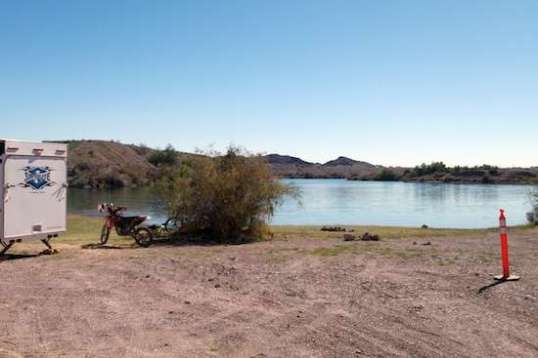 This guy with the toyhauler is trying to hog the whole area, but there are plenty of good sites left. 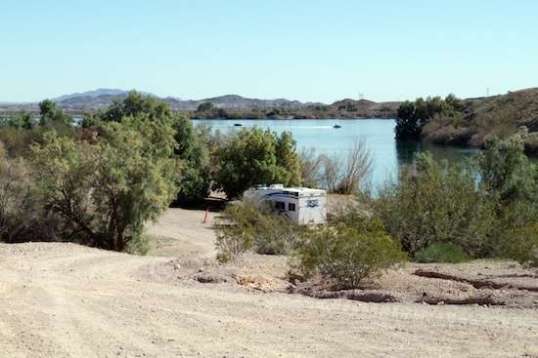 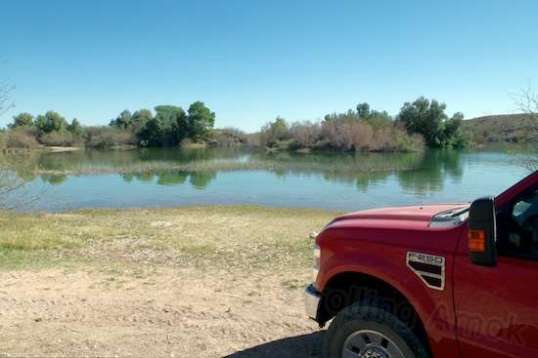 Now this was pretty decent-looking, and there’s another across the water on the left. 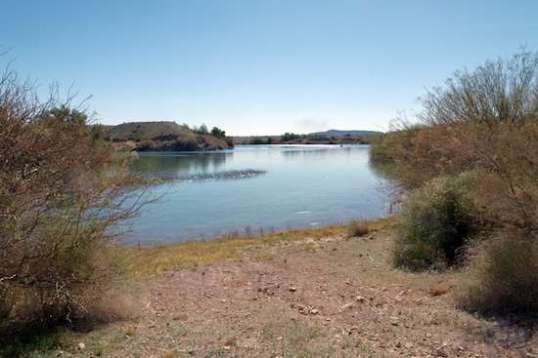 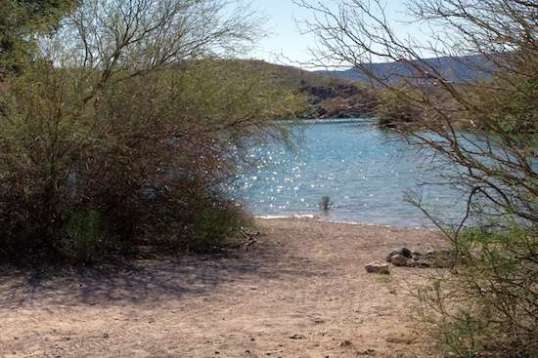 And the hits just keep on comin’… 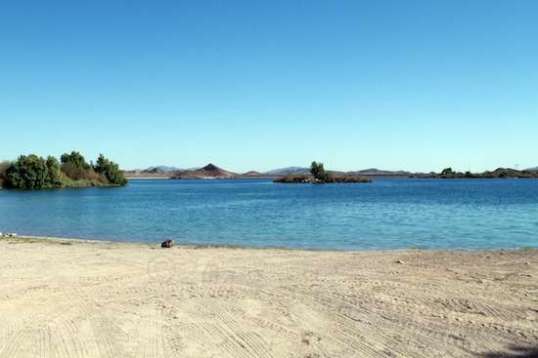 This is actually the same beach as the very first photo, but this one shows the view better. 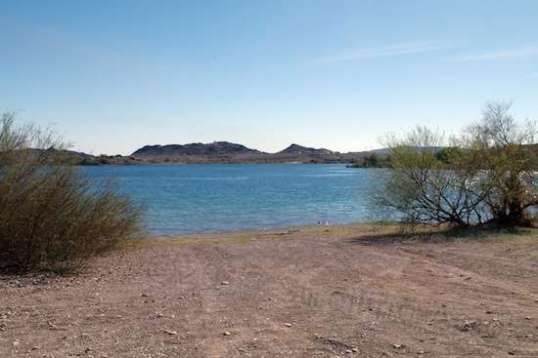 Well, backing in makes this one level side-to-side. With a TT, just drop the tongue a bit and you’re all set for two weeks!

14 thoughts on “The Boondocker’s Best-Kept Secret”

Leave a Reply to Bill aka Oneleggedcowboy Cancel reply