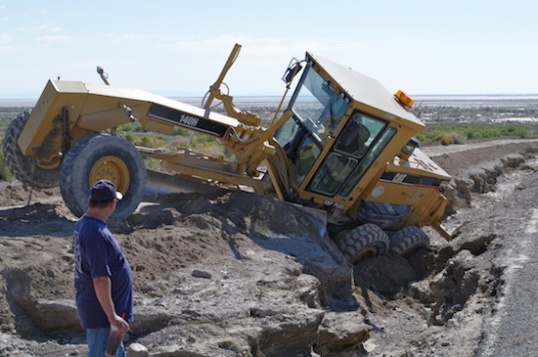 Lest you think that nothing goes on when you’re boondocking in the middle of nowhere, apparently nowhere is a happenin’ place! Offered for your consideration is this grader, which was moving dirt from the high ground to slowly fill in the deep void near the roadway when the earth collapsed, tossing the rear end into the ditch. The driver thinks that if it weren’t for the wide blade, it might have gone onto its side. They tried to pull it out forward with another grader that was onsite, but it couldn’t find enough traction on the dirt. So, the driver is now traveling about an hour and a half to get a bulldozer. I can tell you, at 77,000 pounds with such a steep drop and a lot of ground contact, it won’t be easy to get this thing out. That should be entertaining. I’m charging the videocam batteries now… 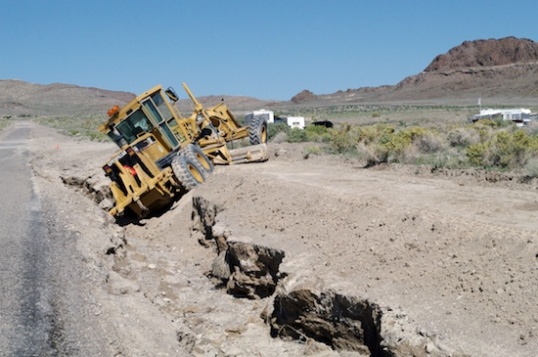 Considering the distance away, that shelf looks pretty safe to me. But, it wasn’t. 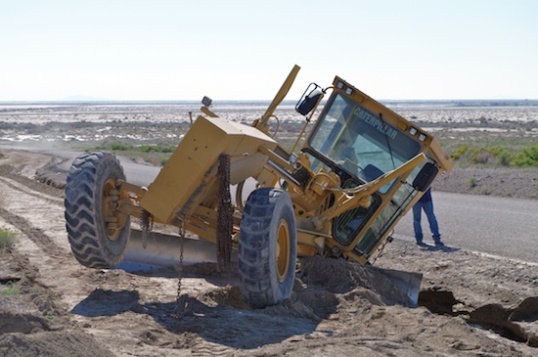 Who would have thought that offroad adventures can also be done with a road grader? 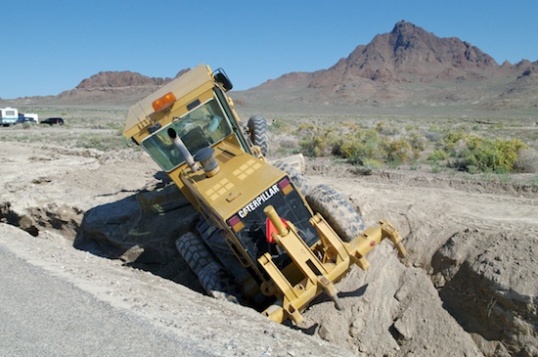 It really is quite a tilt, and with the belly pan and blade grounded, it’ll be a challenge to get it out.